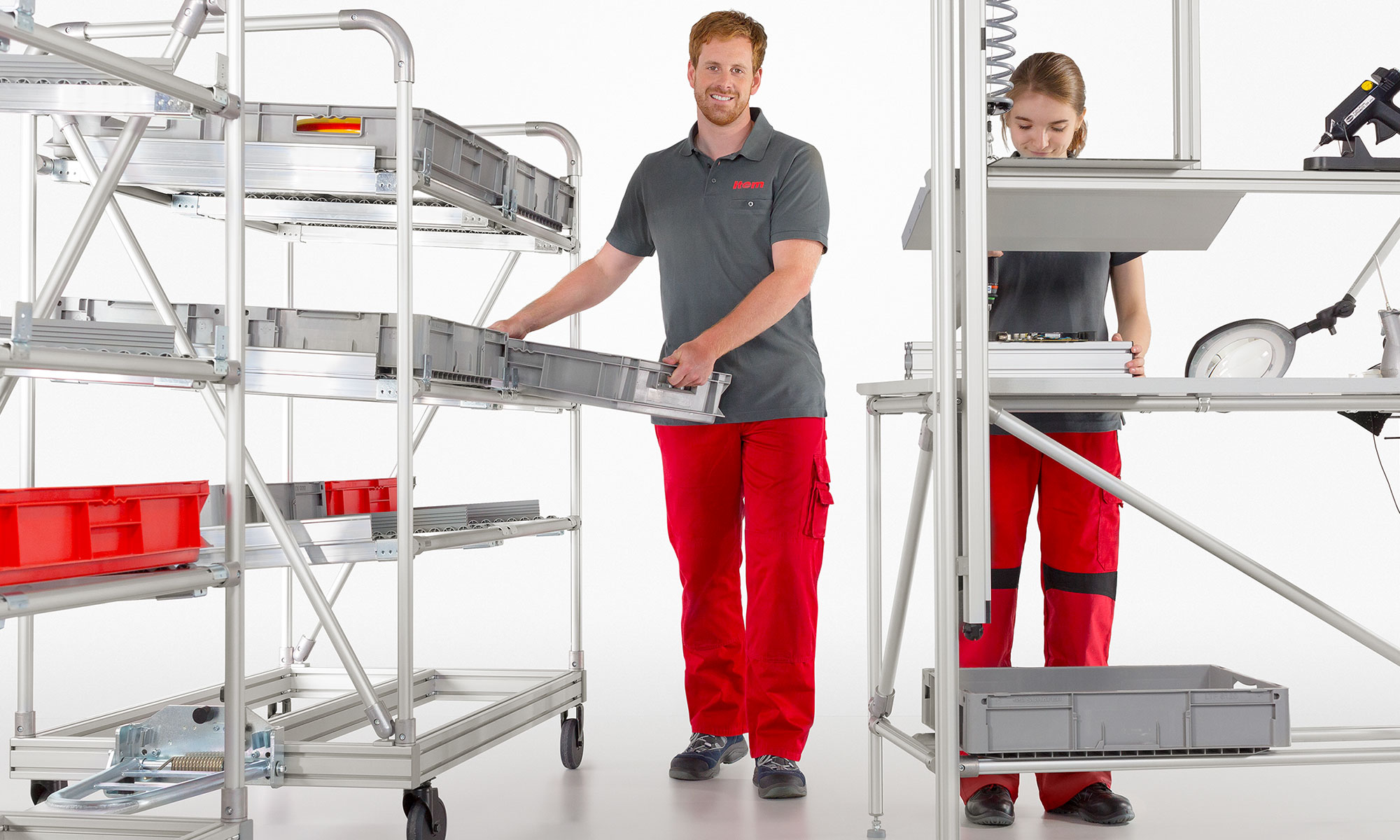 Along with just-in-time, Jidoka is one of the two pillars of the Toyota Production System and thus of lean production in general. When following the Jidoka method, a system or machine switches off automatically when problems occur. This idea can be traced back to an automated loom developed by Toyoda Sakichi (1867-1930). Whenever a thread would tear, this would activate a special machine part that would automatically stop the loom. Jidoka is a contemporary take on Sakichi’s original idea, made possible by monitoring systems such as sensors. If deviations or malfunctions occur, the machine detects this by itself, so to speak, and switches itself off. At the same time, the employee is prompted to intervene and solve the problem. Over time, another term for Jidoka has emerged – “autonomation”, a combination of “automation” and “autonomy”.

Faulty parts and products can be carefully avoided with the help of Jidoka.

However, this method does not result in fully autonomous (autos = self; nomos = law) machines. Once the machine has been stopped, it’s time for humans to step in and solve the technical issue with the machine or component, figure out the causes and consider countermeasures. The relevant member of staff is explicitly tasked with solving this problem. That’s precisely the point of Jidoka. As it is practiced at Toyota, it encourages continuous improvement through problem-solving. The machine operator looks for the cause of the problem and implements a countermeasure to permanently rectify it.

At first, Jidoka appears detrimental to productivity, as it interrupts production. However, the benefits far outweigh this perceived disadvantage. Jidoka is an effective tool in the CIP toolbox that helps root out problems and then resolve them quickly. As a result, less time has to be spent on quality assurance afterwards. At the same time, this approach also looks after machinery, which is exposed to unnecessary stress when defects go undetected. By immediately recognising technical anomalies as they occur, it also makes it easier to investigate the cause before the trail goes cold, as it were.

The relationship between Poka Yoke and Jidoka

Another lean method focuses on avoiding errors at the Gemba. Gemba means the actual place where value is created – so the workshop, in the case of production. This is where Poka Yoke comes into play. Although some might be quick to confuse this with Jidoka, both principles can, in fact, be clearly distinguished from one another. Poka Yoke is a dedicated error prevention system that uses specific processes and signals to help avoid known faults. This makes it ideal for frequently repeated work steps, such as those on the assembly line, which are particularly susceptible to moments of carelessness. Jidoka, on the other hand, is not a preventive measure. Instead, it intervenes when an error has already occurred. This is a perfect example of how separate lean production methods can complement one another.

Are you interested in the applications and principles from the world of lean production? Then we have just what you’re looking for! Simply subscribe to the item blog by completing the box at the top right!